The story is set soon after the reunification of West and East Germany, and is about the disintegrating relationship between Jockel a political activist and Stefan a heroin junkie, and their involvement with a bisexual Micha. A 2nd plot line is concerned with Micha's young son Sascha, and his life in a rundown world of drugs and poverty. His fascination with the creepy, exhibitionist puppeteer Firlefanz, whose grotesque puppets enact a gay fairy tale paralleling the relationship of Stefan and Jockel. Central to the disintegration of these characters is the drug dealer Ingolf, who 'pulls their strings' with heroin, instead of puppet wires. 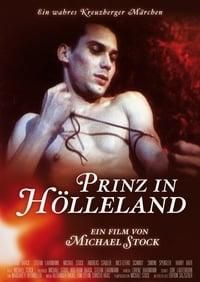 Sorry, Prince in Hell is not available to watch at home in United States at the moment