Look Me Over: Liberace

He was America's first idol, icon, pompous pianist, pop star, egomaniac and show giant. Liberace's life was a rush, always in the fast lane on the highways between Los Angeles, Las Vegas, and Palm Springs. In the middle of the Californian desert, where Hollywood stars celebrated wild parties at their pools in their "private oasis", he led an ambivalent life between pomp and secrecy. Liberace knew the entire "who is who" of Hollywood. Some of them he needed as an alibi, some to admire, some to promote. This documentary focuses on his life and success story as part of the "American Dream" in the bigotry of a divided society. 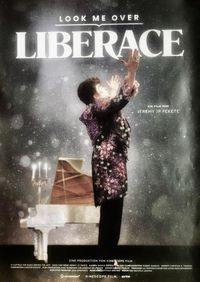 Look Me Over: Liberace